We would like to announce that Marc Christianson and David Starks have both been named in The Best Lawyers in America® 2015 in the field of family law for the Seattle metro area. There are only 17 family law attorneys in all of Washington State who are listed in Best Lawyers for 2015.

This marks the 10th consecutive year that our Law Practice Managing Parter, Marc Christianson, has been recognized by Best Lawyers.

Marc has also been honored as 2015's "Lawyer of the Year" in the field of family law for the Seattle metro area. This well-deserved recognition is a tribute to Marc’s exceptional record for results, and his dignified approach to the practice of family law. 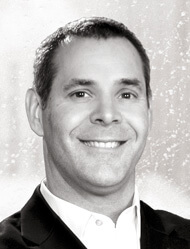 Our partner David Starks has been included in the Best Lawyers in America list for the past three years.