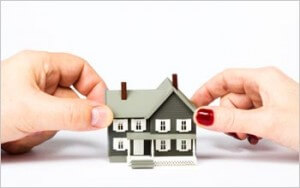 The laws of the vast majority of the United States instruct courts to divide a divorcing couple's assets and provide spousal support (alimony) in a "fair and equitable" manner. A fair and equitable distribution of property or award of spousal support generally excludes any consideration of which party caused the divorce. Instead, courts must consider each spouse’s specific economic circumstances at the time of divorce. Here, we’ll cover:

What's the difference between fault and no-fault divorce?

Over the past 50 years, the laws governing divorce in American courts have gone from fault-based to no-fault. Fault-based divorce laws required a person wanting a divorce to sue his or her spouse and prove the spouse committed specific bad behavior-adultery, physical abuse, cruelty, abandonment, drug or alcohol dependence, etc. Often, courts would favor the aggrieved party in property division, support awards, and child custody decisions.

A couple who wanted to divorce often had to collude to create a false reason, such as fake infidelity, and perjure themselves in court to obtain a divorce. Attorneys and courts believed that the fault-based system created dishonesty in the legal process, unnecessary acrimony, and increased litigation expenses if one party did not want to divorce.

How does a court decide what is “fair and equitable”?

To a divorcing spouse, a “fair and equitable” division of assets and award of support may not seem fair and equitable. A hardworking spouse of a 20-year marriage who has no desire to divorce may not think it “fair and equitable” to be ordered to give half of his or her pension, real property, or 401(k) and pay spousal support (alimony) to a less financially solvent spouse who wants to leave the relationship.

The breadwinning spouse might want to try to present evidence to the court that the other spouse is at fault for the end of the relationship-perhaps for infidelity-to try to get the court to award an unequal division of the assets or not award spousal support. Generally, however, in no-fault states evidence of fault related to the breakdown of the marriage is legally irrelevant and should be excluded from consideration by the court.

Instead, a court's analysis of a fair and equitable award will focus almost exclusively on the economic conditions of the parties at the time of divorce to determine what division of resources is fair.

When a court determines that one spouse would be at a significant economic disadvantage post-divorce, it can use its fair and equitable discretion to fashion a fair result. Courts will try to leave the parties on as equal economic footing as possible and to prevent significant negative long-term financial consequences.

Does fault ever matter in property distributions?

Though courts generally exclude evidence of a spouse’s fault in a divorce trial, a court may consider bad acts during the marriage - if they are relevant to the court reaching a fair and equitable economic result.

Scenarios where fault could be considered to reach an unequal property division include:

An angry spouse can think of many ways to spin a tale of how the other spouse's bad behavior created family economic hardship. For a court to hear and consider evidence regarding a spouse’s bad behavior during the marriage, the economic consequences of the behavior must be significant and relevant to the court's ability to craft a judgment that reaches a fair result.

If you have questions about fair property division in your divorce, contact McKinley Irvin to consult with a divorce attorney experienced in fair and equitable division of property in Washington State and Oregon.