What is the "Best Interests of the Child" Standard? 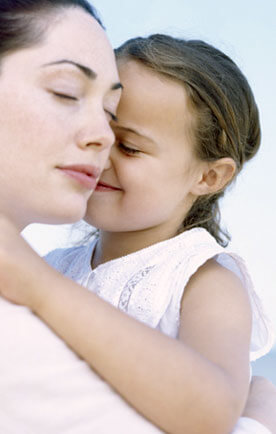 When a family law proceeding involves children, there is almost certainly heard argument over what is in the “best interests of the child.” Anyone involved in such a case should familiarize themselves with the standards by which their child’s “best interests” will be judged.

What Does “Best Interests of the Child” Mean?

The phrase “best interests of the child” is a short-hand way of describing the standard or test that the court will apply when making decisions (such as custody) that significantly affect the livelihood of a child. Despite its ubiquity in the arena of family law, however, even attorneys are often unclear as to what it truly means, how it will affect their client's case, and when it will be applied.

The following sections outline some of the areas of family law in Washington State where the standard will (and will not) be applied as well as provide some detail as to how the standard is applied differently based upon the proceeding in question.

In the context of parenting plans, the “best interests of the child” standard is applied liberally and permits the court leeway to ensure the child is protected.

The court applies the same standard when considering a modification of a parenting plan or assessing whether one parent should have limited decision-making authority related to the child.

In some parentage cases, a child or alleged parent is ordered to undergo genetic testing. The courts can also deny genetic testing to prove or disprove parentage if it is deemed in “the best interests of the child.”

For parentage proceedings, the factors used to assess what is in the child's best interests are explicitly laid out (and, therefore, the court is somewhat more constrained in this setting). The factors include:

Changing the Name of a Child

Often, when parents are going through divorce proceedings, they do not consider whether the surnames of their children will be changed after the divorce. Because a name change can have an emotional effect on a child, the court is required to decide if such a change is in the child's best interest.

In making this assessment, the court takes into account the following factors:

Although it may seem counterintuitive, the court does not apply the "best interests of the child" standard when considering whether a child should be allowed to be moved to a different state or jurisdiction. Instead, the Child Relocation Act, which governs the relocation of a child in Washington, outlines 11 specific factors for the court to consider.

A non-parent must meet a high burden to be given custody over a child. As a result, generally, it is insufficient to merely show that the non-parent taking custody of the child would be in the child's "best interest.” Read more on how the court decides non-parental custody.

For more information concerning family law proceedings that affect children or what the "best interests of the child" standard could mean for your case, contact a McKinley Irvin family lawyer.