8 Weird Things People Fought for in Their Divorce

We're accustomed to people battling over kids, houses and bank accounts, but some of the items below boggle the mind with their eccentricity, specificity and downright meanness (see kidney). These 8 things people have fought over in a divorce cover everything from pets to a future Nobel Prize win.

For people who didn’t want the actual item back, many asked to be reimbursed the alleged cash value of the items, such as a designer shoe collection in one case (1200 pairs!) and a single breast implant (to the tune of $2,750) in another.

(Another fun one? An Australian woman claimed her house was haunted to drop its value in the settlement.)

Without further ado, 8 Odd Things Fought Over in Divorce Settlements:

In addition to stipulating he kept his golf cart, Kit-driving-ex-TV-

lifeguard David Hasselhoff successfully negotiated the exclusive use of his nickname "Hoff" (as well as rights to the bumper sticker directive "Don't Hassle the Hoff") away from ex-wife Pamela Bach. It's important to have priorities.

What's so weird about fighting over a house, you ask? Nothing...except when you decide to physically split it in two. A Cambodian man did just that, dragging h

alf to his parents' property while leaving his wife and kids with the other. And how did he split his residence in two? With saws and some up-for-anything relatives. Apparently the man was disgruntled over an affair his wife was allegedly having with a local policeman.

After the court awarded the family home to his wife, an Australian man was forced to dig up his deceased parents and move their remains off the property. The judge's rationale was that while the wife couldn’t afford to move to a location of comparable quality, the husband, who made $160,000 per year, could.

OK, not JUST asparagus tongs - also an exercise bike, juicer, rosebushes and a butcher's block. And who demanded these must-have items? Answer: Actor Dennis Hopper's estranged wife, who was in the process of divorcing him when he died.

He makes Beliebers of us all. When singer-actress-songwriter Christina Milian split from her husband The Dream, she demanded 10 percent of the publishing rights to "Baby," the smash hit they co-wrote with Bieber, Tricky Stewart and Ludicris.

When you're in love, you want to give your partner the world - and in some cases, "the world" translates to a kidney. Such was the case for Dr. Richard Batista

of Long Island, NY. But when his marriage fell apart, Dr. Batista sued for the recovery of said kidney or a lump sum payment of $1.5 million. Luckily for Mrs. Batista, the court found this patently ridiculous, not to mention illegal - New York State prohibits the sale of human organs. 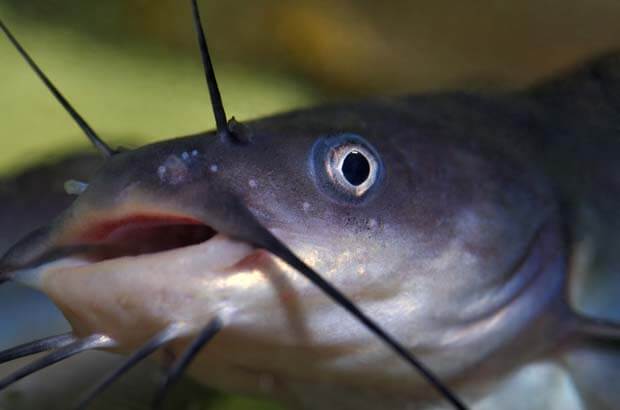 Massachusetts couple Peter and Jane Picknelly had many issues in their marriage including a difference of opinion on their giant, 6 pound catfish Pinky. While Jane considered Pinky beautiful, Peter called it "the ugliest thing you ever saw in your life." Large and in-charge Pinky, however, required a large habitat in which to live, and Peter - who was keeping the house - would have none of it. And when Jane moved into a one-bedroom apartment, Peter forced Jane to take Pinky with her. Consequently, Pinky was forced to live in a much smaller tank with another fish, after which he had a heart attack and died.

In 1995, Robert Lucas won the Nobel Prize in Economics. What should have been a moment of pure joy, however, was somewhat marred by the fact his ex-wife had previously negotiated for half of any future win in their 1988 divorce settlement. He's not the first, however: Albert Einstein had to fork over his entire windfall from his 1921 win in physics to his ex.

What's the oddest thing you’ve ever heard of being fought over in a divorce? Share in the comments below!

"If you need representation in Tacoma, McKinley Irvin is the law firm you want on your side. Ron and Mallory are the definition of ..."