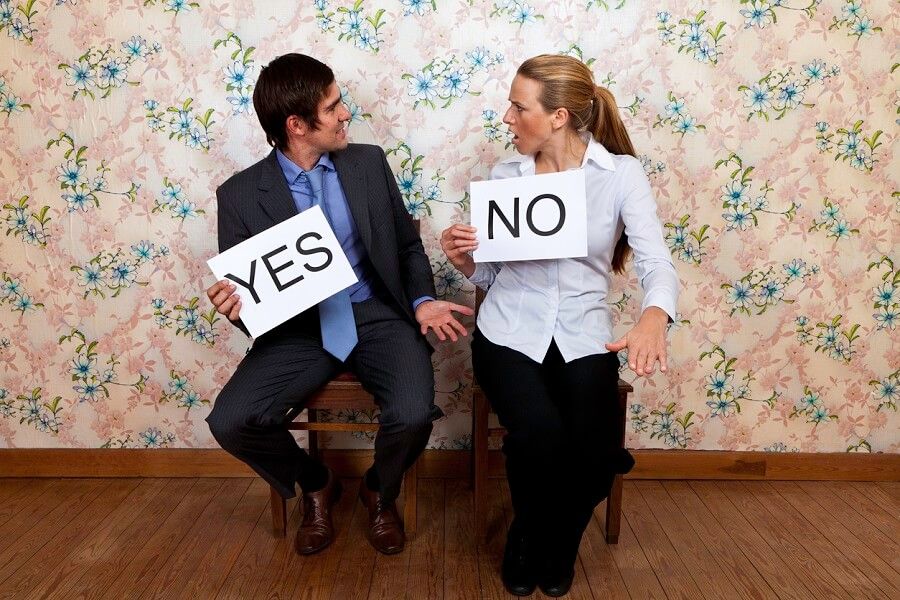 There is plenty for couples to argue about in a divorce without throwing politics into the mix, but that seems to be precisely what’s happening. Amid the current political upheaval, it seems more and more couples are finding issue with one another’s political beliefs. A study by the American Academy of Matrimonial Lawyers speculates that the hostile political climate itself is altering the attitude couples have toward one another in a divorce. Either way, it seems the tone of our nation’s capital is influencing more than just the political atmosphere.

Several divorce lawyers have said that they have handled the highest number of divorces over political reasons since President Trump’s election than ever before. Political differences are rarely a reason for divorce because couples usually know one another’s views before marriage, but the 2016 presidential election has stirred up more contention than anyone imagined.

One couple recently made headlines with their very public split, which they referred to as a “Trump Divorce.” The couple, Miami Dolphins former cheerleader Lynn Aronberg and her estranged husband David Aronberg, a Florida lawyer, say that they are divorcing because of disagreements over the Trump administration. The couple said that after the election they began taking sides either for or against President Trump’s political agenda, leading them to argue more and more. They each learned things about one another they hadn’t known before, including Lynn’s feelings about limiting immigration, which David was very much against. These issues stemming from differing political views have since led the couple to a prickly divorce.

The Aronbergs are not the only couple affected by the charged political climate. A Wakefield research study shows 29% of Americans admit politics have recently caused tension with their partner. The study also stated that 10% of couples, married or not, have ended their relationships over political differences, though millennial couples experienced even more division, at 22%.

Not only may political issues be causing divorces, they may also be making the divorce process more antagonistic for couples with differing political views. There are many crucial discussions necessary for divorcing couples to agree on the terms of their divorce. Property division, spousal support, and child custody are just a few of the many issues couples must discuss in the divorce process. Couples with differing political beliefs may find speaking amicably more difficult, which can create a contentious environment.

In any case, when a couple has decided to divorce, minimizing conflict as much as possible is often highly beneficial to the spouses and any children they share. Hiring a divorce attorney is one of the easiest ways to ensure your divorce is handled in a fair and civil manner. When you and your spouse have your own legal representation, it can make it much easier for the two of you to handle disagreements and find a compromise. Having a legal spokesperson, so to speak, can limit the topics to the issues at hand, leaving politics out of the discussion.

If you are interested in discussing your divorce with our experienced, skilled attorneys, contact McKinley Irvin at our Washington office.
Posted By McKinley Irvin