What is the Difference Between Custody and Guardianship? 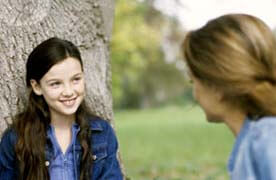 Some additional differences between the relationship of custody vs guardianship include:

As well, in certain circumstances, these relationships may interact with one another.

What Decision-Making Authority Do Custodians and Guardians Have?

Guardianship, on the other hand, generally refers to a legal relationship in which one party (‘the guardian’) is empowered to act for the benefit of another (‘the ward’).

Who Can Be Given Custody of a Child?

In Washington, custody of a child is generally granted to one or both of the child’s parents based upon the following factors:

Who Can Be Granted Guardianship?

In general, guardians are appointed to care for a child if a child’s parents become incapable of doing so due to:

In such cases, third parties, such as family friends, grandparents or foster parents, may seek to become the child’s guardian and stand in the parents’ place for the purposes of day-to-day decision-making.

Should a party seeking guardianship face opposition from the child’s parent or wish to have greater control over the child’s livelihood, an action seeking non-parental custody may be more appropriate.

What is the duration of the Custodial relationship or Guardianship?

Custody determinations tend to be flexible and are subject to modification if there has been a substantial change of circumstances in the current custody arrangement and if the modification is in the best interests of the child.

Guardianships, in contrast, although sometimes granted on a temporary or emergency basis, are often more durable than custody determinations and persist for the life of the guardian or until the child reaches the age of majority.

Who Appoints a Custodian or Guardian?

Only a court is permitted to grant custody over a child. If court action is required, a parent may make recommendations. The final outcome and appointment, however, will be in the hands of the judge.

In contrast, both courts and parents may appoint a guardian for a child. An incarcerated parent, for example, has a right to appoint whomever he or she sees fit to stand in his or her place as a guardian. The parent may not, however, transfer custodial rights and obligations without court intervention.

How is Custody affected by a Guardian?

If one custodial parent, however, becomes incapacitated, then the appointment of a guardian may become appropriate.

The relationship between custody and guardianship can become quite complex. For more information in this area contact a McKinley Irvin family lawyer or read more about the law of child custody.