5 Must Know Facts About International Adoption 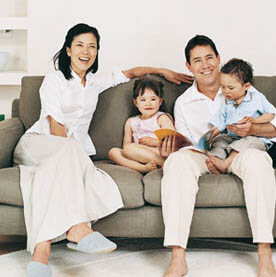 Adopting a child from another country involves many legal steps, both in the U.S. and the country where the child lives. For a successful international adoption (sometimes referred to as an intercountry adoption), it is important that you be prepared beforehand and at each point of the process.

Below you will find some “must know” facts about international adoption and the laws that will apply.

#1: You Must Comply with Three Sets of Laws

Completing an international adoption requires that the adoptive parents comply with three different sets of laws:

Before pursuing an international adoption, the prospective adoptive parents should check each set of laws to be sure that they will be able to complete the adoption as planned. This may include:

#2: The Hague Convention May Affect Your Adoption

Adopting from a Country that has Joined the Hague Convention

For example, the pre-adoption home study must be conducted by an accredited provider, and the child must qualify as a “convention adoptee” in order to be available for adoption. The Hague Convention is intended to provide adoptive parents and children with greater protections through specific requirements, creating a Central Authority in each country that has joined the Convention, and creating greater transparency. It is important to remember that even if the other country determines that the child is available for adoption, the child must also qualify under United States law.

Adopting from a Country that has NOT Joined the Hague Convention

You may also adopt a child living in a country that has not joined the Hague Convention. When adopting from a non-Hague Convention country, it is important to know that the child must qualify as an "orphan" under United States laws to complete the adoption-in addition to qualifying for adoption under the other country’s laws. You must also still obtain a pre-adoption home study, but you are not required to use an accredited provider.

Your journey through the adoption process will involve a lot of paperwork. You will need to gather personal documentation and complete immigration and adoption forms. There are costs associated with paperwork, as well. You will face filing fees and other fees and charges.

You must also be determined by the U.S. Citizen and Immigration Services (USCIS) to be suitable as an adoptive parent. If you are adopting a child from a Hague Convention country, you must complete Form I-800A before being matched with a child. USCIS will review your Form I-800A and determine if you are suitable to adopt a child from the Convention country. You will later complete Form I-800 so that USCIS can determine that the child meets the definition of a Convention adoptee.

If you are adopting a child from a non-Hague Convention country, you will complete Form I-600A (to determine whether you may adopt a child internationally) and Form I-600 to determine that the child meets the definition of an orphan.

You should obtain multiple certified copies of all official documents when navigating the international adoption process as you may need copies for different stages of the process and your copies may not be returned to you.

#4: Your Adoption May Be Affected by Immigration Laws

Before returning to the United States, you will also need to submit a Visa Application for your child and participate in the Visa interview at the U.S. Consulate or Embassy, where the determination of whether the child may immigrate to the U.S. will be made.

You will need much of your previous paperwork and documentation at the Visa interview. The Child Citizenship Act of 2000 provides that the child will become a U.S. citizen if one parent is a U.S. citizen, the child is less than 18 years old, the child is admitted to the U.S. as a lawful permanent resident, and there is a final adoption.

It is important that you finalize your adoption in the U.S. as soon after your return as possible so that your child gains U.S. citizenship. If you do not complete the adoption process, and your child does not become a U.S. citizen, he or she may not be able to vote or work in the future, or he or she may be deported.

#5: There are Resources Available to Assist You in Preparing For Your Adoption

The international adoption process is complex and involves the interplay of many laws. You should consult with an attorney who practices in your state and who is familiar with international adoptions when considering adopting a child from another country. You should also consider consulting with an attorney who practices family la in the other country to assist with navigating that country's adoption laws.

The U.S. government has also compiled information relating to international adoptions as well as some country-specific information. Some helpful resources are: