In every divorce, assets and debts must be divided according to the laws of your state. Many states, such as Oregon, follow “equitable distribution,” which seeks fair, not always equal, division of property. Other states, such as Washington, are "community property" states. These states generally divide only the assets and debts acquired during the marriage and prior to separation (i.e. community property) equally between the two partners, as long as the division is fair and equitable.

In a "Gray Divorce," there are other considerations due to individuals being closer to retirement age who have much less time to recover financially after a divorce.

What Factors are Weighed When Dividing Property in a Gray Divorce? 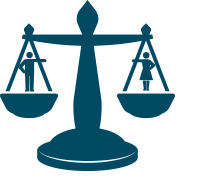 How these factors weigh between the parties will affect the division. In cases where the spouses' income-earning abilities are significantly disproportionate, employment prospects are not likely, or one party has significant health issues, etc., it is not unusual for a court to award a disproportionate or lopsided property and debt division that favors the economically or otherwise disadvantaged spouse.

In cases where the parties both live on fixed incomes generated by community property retirement plans and benefits, property and debts are more likely to be divided 50/50.

Often, couples who divorce later in life fall into one of these categories:

In order to ensure that the spouses are on substantially similar footing at the time of divorce, courts tend to divide the community property equally (or nearly equal) and structure an award to one spouse to account for any substantial separate property assets belonging to the other spouse.

For example, if one spouse has substantial separate property assets, the court may be inclined to award more of the community assets to the other spouse in order to reach an equitable division.

The longer the duration of the marriage, the more inclined a court might be in distributing separate property.